To the Goo Goo fans! 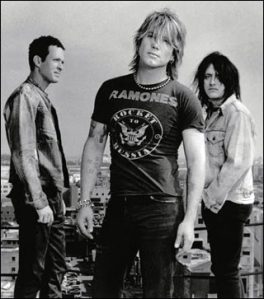 No worries fans! you don’t have to wait that long.

In his latest interview, Lead singer from the Goo Goo Dolls, John Rzeznik said he’s already started working on writing new material for a follow up to the band’s latest album Something For the Rest of Us.

I’ve actually been experimenting, in this last week, while we’ve been out on this tour,” Rzeznik said. “Just writing lyrics and then figuring out the melodic structures.”

Rzeznik also said fans should not expect a long layoff between albums from the band like was seen prior to the band releasing Something For the Rest of Us.

“We can’t wait another four years to put another album out; that’s just a ridiculous waste of time.”

As previously reported, The Goo Goo Dolls are currently touring through August in support of their latest release, with special guests Michelle Branch and Parachute